Home » Blog » How Triathlon Bikes Are So Unique
Blog

How Triathlon Bikes Are So Unique

Cycling has become a hugely popular sport. Whether it’s for health and fitness purposes or just to make a daily commute easier and more environmentally friendly. And for some it’s a way to get out of the city in leisure time to unwind on off road trails with a mountain bike.

With this growing popularity, many people also fancy the idea of taking on some running, and maybe even swimming. And there you have the 3 ingredients of a triathlon, and an excellent fitness challenge ahead.

The problem is that people often think that their normal city or mountain bike will be suitable for a triathlon. Unfortunately, I’ve seen to many people fail, because they don’t have the right cycling equipment.

For that reason, we’ve put together this quick guide that will help you better understand why your average mountain or city bike won’t do the job. 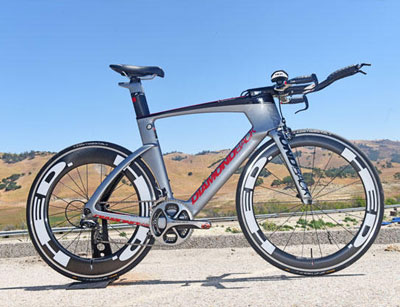 While there are athletes who make it work with the bike that they may already have at home, if you are dedicated to winning and want to make that as much of a possibility as you can, it would be best to invest in a triathlon bike.

It’s important that you take some time practicing on your triathlon bike before you actually race in the triathlon, so you can get used to the feel of the bike. They ride differently and aren’t as easy to handle as other ones, but once you get the hang of it, you’ll be able to race much more effectively and quickly.

As a triathlete, you’re going to need to make sure that you stay hydrated and have what you need on your ride. Of course, carrying a heavy backpack on your bike isn’t going to help you to go fast.

This is when you may want to invest in a tube storage accessory where you can keep packets of water or other hydrating liquids. You can also look for a bike that has one integrated already.

The pedal clips are also very important to get right. Not only do they need to match the shoes you have, but they have to be tight enough to give you confidence, and easy enough to get in and out of when you start and finish the cycle stage.

Are you ready to make your triathlon dreams come true? Consider investing in a triathlon bike. Yes, it may be pricey and an added cost but it will certainly make your goal of winning a race much more doable.

Not every triathlete depends on a triathlon bike but you’ll be amazed at just how much it will help you during the race. Who knows? You may get used to the speed and never want to go back to your old bike again.

Healthy Carbohydrates - How To Source For Performance Training?

What Is Tennis Elbow?