Home » Blog » History Of The Cornhole Board
Blog

History Of The Cornhole Board

Oh, how much fun it is to play cornhole boards, whether at a bar or in the backyard with friends. It’s a game that can be played a little toasty or simply to pass the time at a party. Whatever you use cornhole boards for, you’re bound to have a great time playing it.

As with any kind of sport, it’s always interesting to find out more about how the game or sport came to be, don’t you think? That is if you’re as curious about things as I am. If you are, keep on reading, and you’ll discover just how interesting this game can be, as well as the curious stories about where it came from.

How Did It Come to Be?

400 years of history is a lot of time for a game as simple as cornhole boards, but maybe it’s the simplicity and fun of the game that has let it make it this far. It’s hard to define exactly where this game came from but many rumor it to have been created by Matthias Kuepermann who saw children tossing rocks into a groundhog’s “home.” He was, reportedly, concerned about the safety of the kids (or was it the groundhog?) so decided to create a similar game that could be played far away from a wild animal’s home.

While this is one version of the history of the game, there are also other versions of where the game came from. Some will say that Native Americans used animal bladders with corn in them as a game to see who could toss better. While there isn’t much evidence to this story, it’s certainly an interesting one to consider. After all, the Native Americans were known for starting a number of games and competitions, so it would be within reason to believe this story to be true.

Because of the popularity of Cornhole in Cincinnati, many people believe that it came from this Ohio city. It may or may not be true, but you can definitely rest assured that the people of Cincinnati love this game. It’s everywhere.

Wherever corn grew abundantly, you may hear rumors that the game originated from there. While there is no overwhelming evidence of the game’s origins, we’ll go ahead and believe that the more defined story of Kuepermann may actually be the real one.

What’s In A Name? 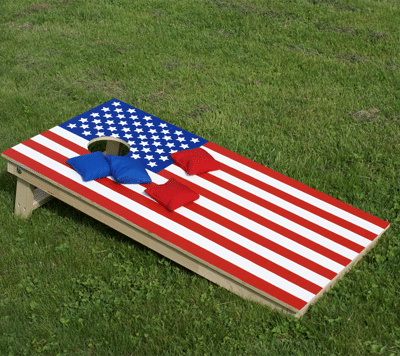 Determining that a bag full of corn was probably safer to play with than rocks, the game soon became known as cornhole, both because of the bags’ filling and the hole in the boards where one would throw the bags. While many games’ names develop into more sophisticated ones, cornhole board remains. Perhaps it’s honoring the purported origins of the Midwest, or perhaps it’s just a simple game that doesn’t need to be described differently. It’s simple and straightforward and doesn’t need a whole lot of hoopla as a name.

Where Is It Played?

Once a staple where corn was abundant, the game soon become popular in many different places, especially in Cincinnati about 15 years ago. Now the game can be found almost anywhere you go, from bars to restaurants, at weddings, and any kind of fun event. After all, it’s not a game that is hard to set up or expensive to invest in.

For the most part, the game is set up outdoors, so you’ll often find it at bars or pubs

How To Boost Anabolic Hormones

Hi, my name is Dave Spalding and I’m a high school teacher for Chemistry and Biology as well as the coach for the basketball team. Teaching has been something I always wanted to do after it became clear that my ambitions of becoming an NBA player didn’t quite match my talent as a player.

I’ve been playing basketball for as long as I can remember. I think my parents bought me a small indoor kids; hoop and ball when I was 3 years old and I don’t think a day goes by where I don’t pick up a ball and either coach or practice myself.

Coaching has definitely been one of the most rewarding things I’ve done, and helping some kids gain scholarships to big Universities has literally changed lives for students that would have struggled with further education.

On this site I contribute to all things basketball with some fitness and exercise tips thrown in as well. If you have any questions at all, then feel free.